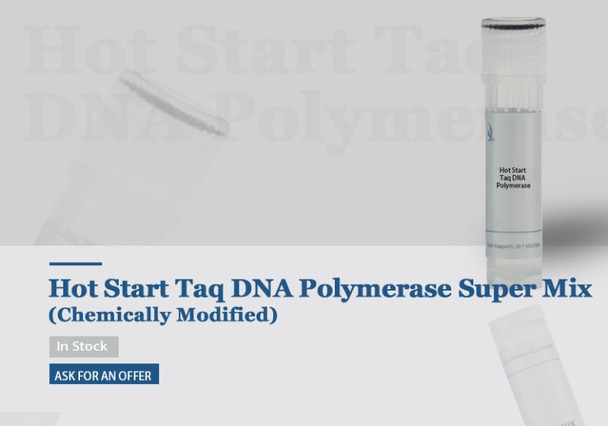 After thermal activation at 95°C, the chemically modified group falls off to release the enzyme activity. Before the amplification system is formulated to PCR amplification, non-specific amplification due to primer mismatch will not occur,

which minimizes the formation of non-specific amplification and primer dimers, and improves the sensitivity and specificity of amplification. This product uses a specially optimized reaction buffer and hot-start Taq DNA.

polymerase (chemically modified) to make a premixed reagent, which maximizes the stability of the enzyme during storage. Only the primer-template and water are added before configuring the system. , Greatly simplifies the preparation steps. This product has strong versatility and is suitable for end-point PCR, dye, and probe qPCR.

Using activated salmon sperm DNA as a template/primer, the activity of ingesting 10 nmol of total nucleotides as acid-insoluble at 74°C in 30 min is defined as 1 activity unit (U). 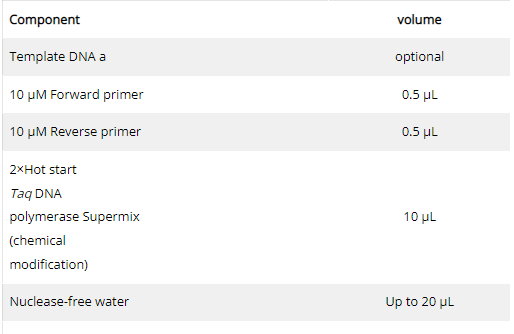 MSRP:
Now: $345
Was:
Taq DNA Polymerase is the industry standard for PCR. Taq with Standard Taq Buffer is offered in Customizes pack quantities that are cost-effective. Hzymes offers high-quality recombinant Taq at an...

MSRP:
Now: $290
Was:
Bst DNA Polymerase is the portion of the Bacillus stearothermophilus DNA Polymerase protein that contains the 5´→3´polymerase activity but lacks...

MSRP:
Now: $345
Was:
Product Information Product Description This kit is supplied with BstL DNA Polymerase, thermostable Reverse Transcriptase, and the 5×buffer, which contains Mg2+, dNTP. A fluorescent dye is...